You may see a lot of waves along the beach, did you know how the waves are formed? Based on the article in NOAAÃƒÂ¢Ã¢â€šÂ¬Ã¢â€žÂ¢s website, waves are created by energy passing through water that is caused by wind on the surface. The energy causes it to move in a circular motion though if there is no obstruction, they have the potential to travel across an entire ocean basin.

One area in Peru, precisely in the northern Peruvian desert, a little over 50 miles away from Trujillo, there stand the world's longest waves, the 'Chicama waves'. Locals call the waves at Chicama, from the crest of the Cape to the pier with a distance of about 4 km, "Malposo", "Keys", "The Point", and "El Hombre". In other times, other names have been given, but this is the name of the locals in 2005. "The Point" is considered as the best part of the wave and the most famous, which will break about 1 km to about 6 feet in size (Hawaiian scale), but to ride longer than this to the pier (about 2.2 km) on one wave requires waves >6 feet, which is quite rare. 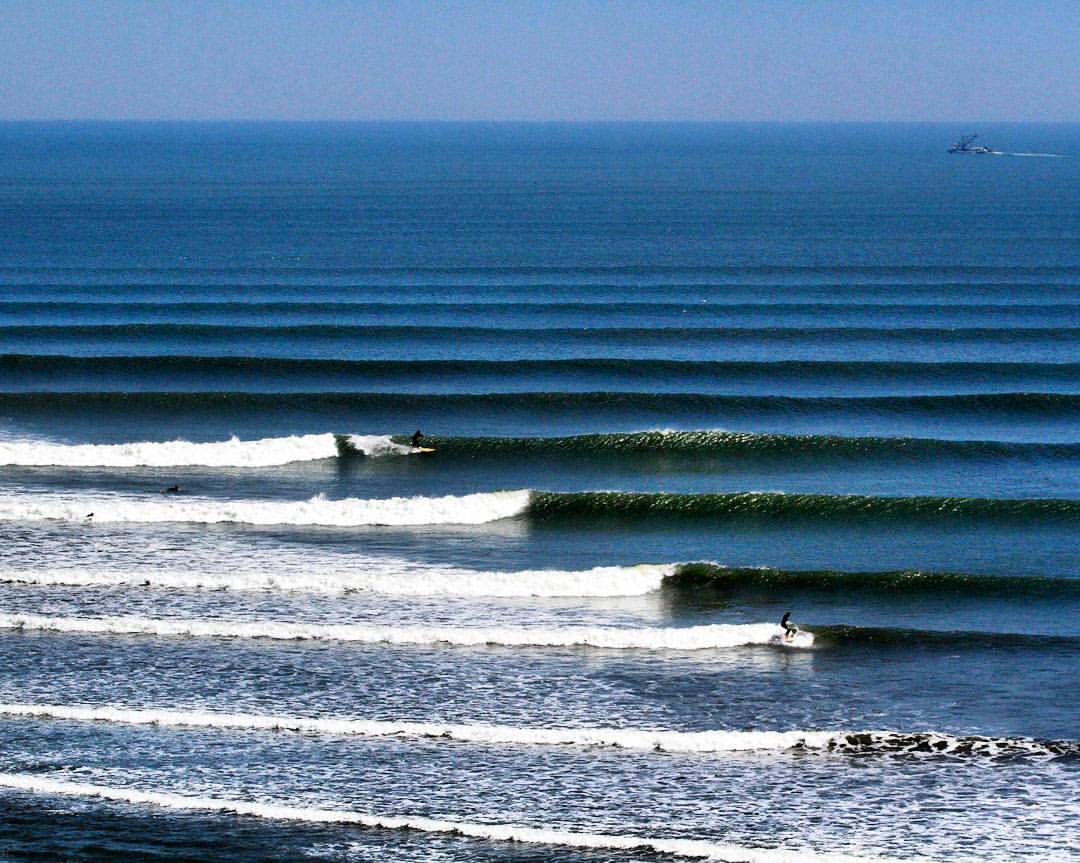 Ã‚ Ã‚ Ã‚ Ã‚ Ã‚ Ã‚ Ã‚ Ã‚ Ã‚ Ã‚ Ã‚ Ã‚ The scenery of this wave looks very amazing even though it is quiet, broken and occurs continuously. The points that make up the waves are under constant attack from wind and currents. These legendary waves were well and truly alive when an extra large southern wave marched towards the Pacific coast of South America and hit the Peruvian coastline with consistent waves. Generally, the larger the swell, the longer the wavelength. The waves really show up when the circus is well and really coming to town. People travel from all over Peru and even all corners of the planet to witness this amazing thing.
Ã‚ Ã‚ Ã‚ Ã‚ Ã‚ Ã‚ Ã‚ Ã‚ Ã‚ Ã‚ Ã‚ Ã‚ These ÃƒÂ¢Ã¢â€šÂ¬Ã…â€œChicama waves'' are well shaped, fast and slightly hollow, breaking on the soft sand, but not real tubes, nor are they very strong, unless the waves are very large (eg >6 feet). The bigger the waves, generally the better the waves, and the main point will accommodate at least 10 feet of Hawaiian scale (which is about 20 feet of face). The waves tend to speed up and slow down alternately, and it's rare for a single wave to get higher along the point for this reason. There is also a center section along the point which is rocky, generally hollow, but also quick and difficult to make after about 1000 m, but locals claim to have made one trip all the way to the pier, for a distance of about 2.2 km. , in 10 feet swell. Nor is this distance as long as the fault point at nearby Pacasmayo, which is at least 2.5 km long, and which locals also claim has been ridden all the way in one wave, in very large waves.Ã‚

Beside the unique form, the chicama waves is the longest wave in the world with an overall length of up to 4km. This long wave causes Chicama to be divided into six different parts such as El Cape, El Point, Las Dos Tetas, El Hotel, El hombre, and El Malecon. Also, Peruvian President Ollanta Humala signed the legislation about the chicama waves and created the National Waves Registry (RENARO) to protect waves in Peru. Protection of the waves aims to ensure that nothing can be built within one kilometer of a wave that could affect the shape of the wave ÃƒÂ¢Ã¢â€šÂ¬Ã¢â‚¬Å“ including changing the way the wind hits the waves/shoreline. The Peruvian government does this to protect the original form of waves in Peru (including Chicama) and as an effort to support surfing tourism in Peru.

Reputation of these Chicama waves is undeniable and has attracted surfers from all over the world since it was founded several decades ago. Even though the big wave is consistent enough in the whole year, the best time to surf in Chicama is from April to November because the big SW wave is needed and strong enough to wrap the points and the lines.Ã‚

NOAA. (n.d.). Why does the ocean have waves? National Ocean Services. Retrieved October 21, 2021, from https://oceanservice.noaa.gov/facts/wavesinocean.html

The Moral Dilemma of Surfing Chicama | The Inertia. (n.d.). Retrieved October 18, 2021, from https://www.theinertia.com/surf/surfing-chicama-one-amazingly-long-left-and-the-moral-dilemma-that-comes-with-it/Ã‚

COP26: Is Our Effort Enough to Help the Earth?